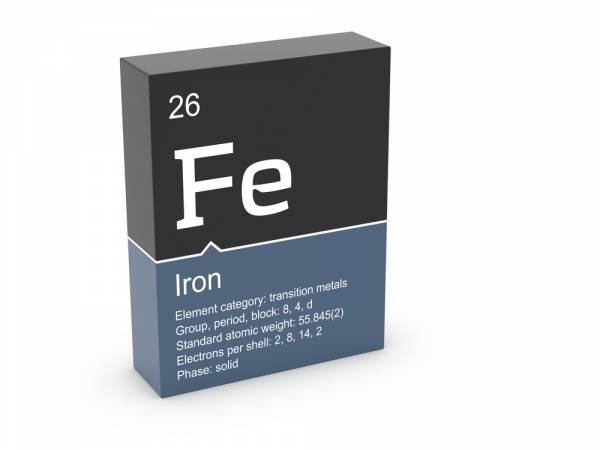 When the diet is deficient in iron, the patient suffers from anemia. This means thinning of the blood, a condition in which the red blood cells are greatly reduced in number, or else do not carry a sufficient quantity of hemoglobin. Such condition interferes with the normal transmission of oxygen to the cells, as well as the elimination of carbon dioxide from the tissues of the body.

Anemia can arise from a number of different causes, one of the most common being lack of sufficient iron in diet. Sometimes, there may be plenty of iron in the diet, but for different reasons it may not be absorbed. Conditions may not be favorable for this in the stomach or bowel. For instance, a lack of vitamin C in the diet may retard the absorption of iron, especially if there is also deficiency of hydrochloric acid as well.

Effects in the Body

When there is insufficient iron in the diet, the most blood count gradually drops down from the normal five red cells to perhaps two million. In very severe cases, it may drop to below one million. Even with mild anemia’s, a person may feel tired and weak for no reason at all. His skin may appear pale, and he may suffer from headaches, nervousness, and shortness of breath. In the more severe cases, the symptoms are much more marked.

The person with anemia should never attempt to treat himself. He should consult his doctor. His problem may be due to some deficiency. The treatment of anemia is not a hit-or-miss affair. It takes the skill of a competent physician to make the correct diagnosis and prescribe the right treatment in most cases.

Anemia arising from blood loss is more likely to affect women, due to periodic menstrual flow, as well as extra demands made upon the body during pregnancy and lactation. Men may also suffer from chronic loss of blood because of hemorrhoids or various types of ulcers. But in either sex a diet low in iron will bring on anemia. This is sometimes seen in people who are finicky and try to live on restricted diets.

What are the best sources of iron then?  Whole grain cereals, eggs, raisins, apricots, oatmeal, potatoes, vegetable greens lean liver, and meat are just some of the foods that are rich in iron. Milk, on the other hand, does not have any large amount of iron. But the iron it does contain is absorbed properly by the body. It is surprising that there are so many anemias, inasmuch as iron is so plentiful in our foods.  The difficulty comes from following a restricted diet or failing to eat sensible meals.  A well-chosen diet will usually provide all the iron any person needs, provided he is able to consume and absorb it.